The U.S. National Park Service preserves 58 national parks, 390 parks, historic sites, memorials, and recreation areas that attract nearly 300 million visitors every year. Our U.S. national parks are repositories of the nation’s biological diversity and contain some of the last ecosystem remnants that are found nowhere else in the world. Explore US Parks Online 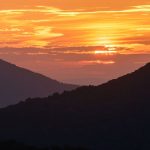 Shenandoah National Park is a beautiful, historic national treasure which includes the 105-mile long Skyline Drive, a National Scenic Byway. The Park covers the crest of Virginia’s Blue Ridge Mountains for over seventy-five miles. The Appalachian Trail roughly parallels the Skyline Drive and 101 miles of this trail run through the Park. END_OF_DOCUMENT_TOKEN_TO_BE_REPLACED

Know the Rule of Three’s for Survival

The Rule of Three’s is a helpful guide to prioritizing your plan in a survival situation, by spelling out the average time a person can survive without basic needs. END_OF_DOCUMENT_TOKEN_TO_BE_REPLACED

Travel tips for a vacation in Southcentral Alaska

The vast majority of Southcentral Alaska is on the road system so traveling by car in this region is common. If you drive to Alaska, first remember you will have to go through Canada to get here, so you will need a passport.  END_OF_DOCUMENT_TOKEN_TO_BE_REPLACED

At the height of the realization that you are lost in the wild, the hardest thing to do is to sit still. Hearts are racing, adrenaline is pumping, and with the urge to self preserve in the forefront of one’s mind, the last thing anyone wants to do in most cases is to sit still. Yet often times, it can be the best possible thing you can do. END_OF_DOCUMENT_TOKEN_TO_BE_REPLACED

In 1983, the first Alaska marine park opened near Juneau as part of an international system extending from Washington through British Columbia to Alaska.

This system provides boat owners and water enthusiasts access to coastal environments with protected anchorages. The marine park system expanded in 1990 to include seven parks in the Prince William Sound and Resurrection Bay area. END_OF_DOCUMENT_TOKEN_TO_BE_REPLACED

Basic foundation of surviving in the wilderness

Even if you’re not an avid camper or backcountry enthusiast, knowing how to survive in the wild is at the core of a survivalist’s mindset. Our survival instinct originated from our most primitive form’s need to navigate and overcome the harsh elements that Mother Nature can throw at us. END_OF_DOCUMENT_TOKEN_TO_BE_REPLACED

The Teton Wilderness Area lies to the west of the Great Divide. The land is dominated by timbered ridges, grassy slopes, and broad willow and sedge meadows with elevations from 7,000 feet to 9,675 feet. To the east of the Great Divide are high alpine plateaus broken by ridges and extensive mountain meadows with elevations from 8,000 feet to 12,165 feet (Younts Peak).The United States Congress designated the Teton Wilderness in 1964 and it now has a total of 585,238 acres. END_OF_DOCUMENT_TOKEN_TO_BE_REPLACED