What is the goal of wildlife conservation?

The goals of wildlife conservation are to ensure that nature will be around for future generations to enjoy and to recognize the importance of wildlife and wilderness lands to humans.

Every year the federal government’s Wildlife Services program kills thousands of wild animals, such as bears, wolves and mountain lions, to protect livestock. The practice, known as predator control, is brutal, ineffective and costly.

Wildlife Services spends over $100 million annually to kill more than one million animals. 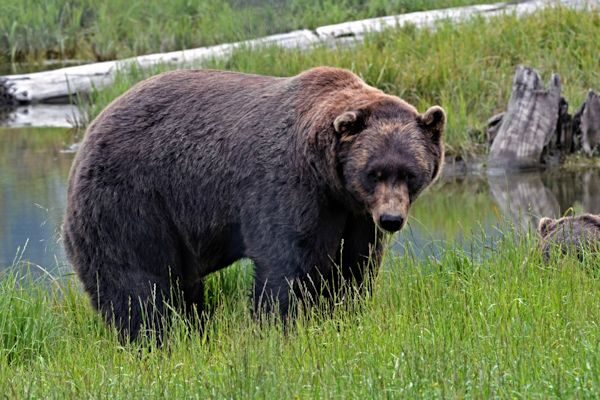 Some of its work, such as preventing bird strikes at airports and controlling the spread of rabies, benefits the public interest, but its current predator control program damages the environment and wastes taxpayer dollars.

Climate change will have a significant impact on the sustainability of water supplies in the coming decades.

A new analysis, performed by consulting firm Tetra Tech, examined the effects of global warming on water supply and demand in the contiguous United States. The study found that more than 1,100 counties — one-third of all counties in the lower 48 — will face higher risks of water shortages by mid-century as the result of global warming.

More than 400 of these counties will face extremely high risks of water shortages.

Millions of migrating songbirds that nest in Canada’s boreal forest are threatened by dirty fuel development.

The grizzly may not seem like an animal that’s easily threatened, but its population has plunged to about 1,500 in the western U.S. Wildlife can’t thrive in areas dominated by intensive energy development projects for oil, natural gas, and coal. We need to do more to protect our incredible wildlife habitats.

From polar bears and gray whales to buffalo and migratory birds, extraordinary species of wildlife are being threatened by industrialization, overhunting, and reckless population management practices.

If affected wildlife species are to rebound to healthy levels, we need to implement greater land management reforms, and state and federal governments must increase their commitment to eliminate negative impacts to wildlife and the habitats where they live.

The goal of wildlife conservation is to solve these problems before an undoable tipping point is reached, from which there will be no returning.